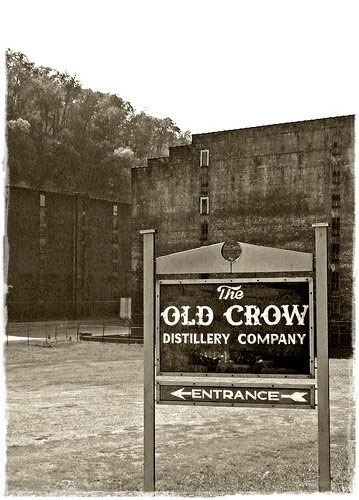 Old Crow Bourbon has a venerable history as one of Kentucky's earliest and best bourbons. It also carries the distinction of being the first sour mash process bourbon whiskey. In fact, Old Crow was the drink of choice for the 18th President of the United States, Gen. Ulysses S. Grant. During the Great War between the States, the general's critics, of whom there were many, appealed to President Lincoln for his dismissal on the charge that the career military man was a drunkard.  Lincoln is said to have replied, "I wish some of you would tell me the brand of whiskey that Grant drinks. I would like to send a barrel of it to my other generals."

Another great American, writer and humorist Mark Twain, was known to have visited the Old Crow Distillery just so he could see exactly how his favorite bourbon was made. He believed that the three-year aging process yielded a flavor described as “smooth and suave” by those in the know about such things. In point of fact, Twain often referred to Old Crow as the "Aristocrat of Bourbons." 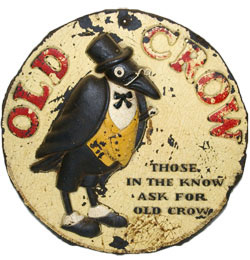 We feel the same way about our reclaimed wood flooring. Now you may be wondering what Old Crow Bourbon has to do with our reclaimed wood flooring. It just so happens that, on a visit to the Old Crow Bourbon Distillery in Woodford County, KY, we were able to reclaim some gorgeous heart pine, poplar and oak from one of the barrelhouses on the site. We also reclaimed structural beams, decking, and even the joists from the actual barrel runs. We also managed to get our hands on a couple of the actual barrels, sadly, there was no bourbon left inside.

We plan to use the material in everything from solid and engineered wood flooring to mantles, stair parts and maybe even a ping-pong table. It is extremely important to us that this material, steeped in American tradition and history, is preserved. Not wanting to waste a single piece, if a particular portion of the wood isn’t suitable for our authentic pine floors or other fine products, we will simply find another way to showcase the wood’s character and beauty. It is just that important to us.