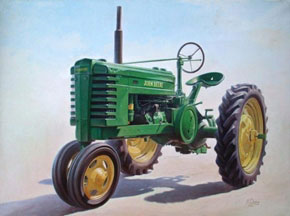 We were told about an old building that had been built back in 1902, but was still standing on a plot of land just outside of Kansas City, MO. Intrigued, we made our way to that bustling Midwest metropolis to see what we could find. Imagine our surprise when our inquiry discovered the building had been the old John Deere Building. John Deere was born in 1804 in Vermont and was originally a blacksmith.  He moved to Grand Detour, IL and eventually built his first plow in 1837. With its familiar leaping deer logo, a logo which has been in continual use for 140 years, John Deere is today not only a leading manufacturer of agricultural, construction and forestry machinery, it is also one of the most valued brands in the world. Above all else, John Deere stands as a tribute to good old-fashioned values and hard work. Hard to believe the dilapidated building we found in Kansas City had once been part of such a thriving concern.

That building was used as a Deere company warehouse until the 1940s, when it was sold to Sears Roebuck and Company. Through the 1980s, it sat abandoned and unused until it ended up playing a part in a large land-trade. Luckily, a building that now had very little use to others held a very special value to us. From that structure, we reclaimed some incredibly dense Heart Pine, which shows off some beautiful shades of gold and red when finished. Most of the timbers we took from that site were 6X14 and from them, we produced a reclaimed wood flooring of outstanding beauty and character. Ultimately, the yield from this reclamation ended up being approximately 15,000 sq. ft. of authentic pine floors. 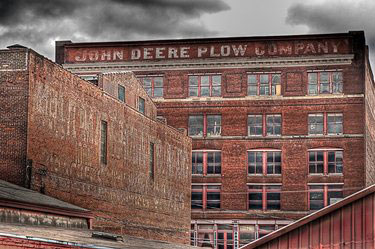 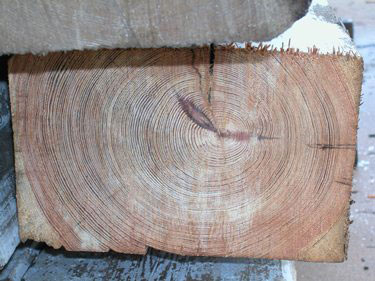